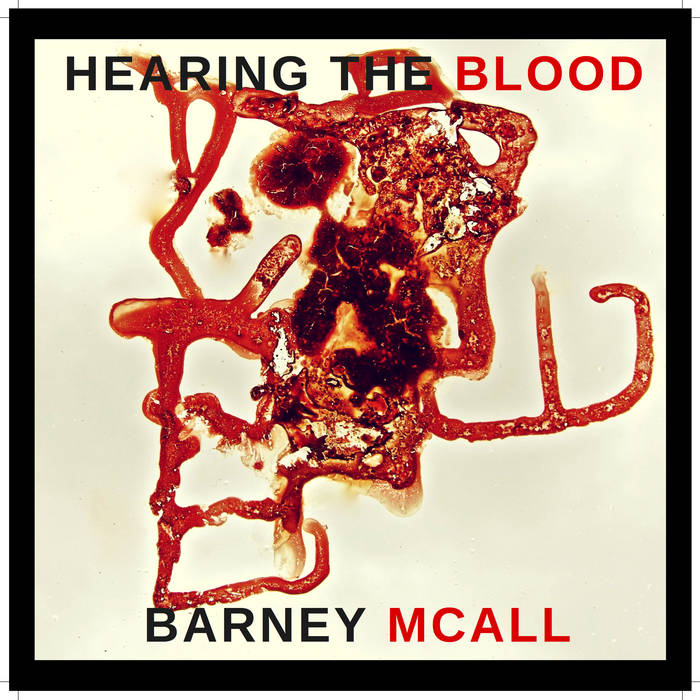 Barney McAll's new album Hearing The Blood, weaves an honest and eclectic path through many modern moods, with elements of soul, choral music and urban jazz, reflecting his vast and varied experiences.
Barney has always been a spiritual and positive voice, a conceptualist with great empathy and humor.I have known Barney for decades having played in many different projects together- his, mine and others in the New York scene in the 90’s and 2000’s. His activities were always intriguing and his powers on the keys formidable. This deep and forward thinking pianist and composer has brought a beautifully balanced album out here. Sometimes the music reminds of orchestrations like Brian Blade’s Fellowship, and then there are echoes of Bud Powell and Keith Jarrett, or Coltrane or M-Base. There is serious writing and orchestration, those clusters in Sigil, the varied forms and use of spoken word and choir seem echoes of his time playing in Baptist churches in NYC. Barney's spirit shines through, and it’s a pleasure to hear the work and deep connections he brings together. Hearing The Blood ends with a faint question towards our hopeful future. I can hear the blood, sweat and tears that must have gone into this album. I think you will too.

The ancient Mesoamerican metaphor of “hearing the blood” is still alive in the shamanic practices, where “blood” is the location of the spirit, and thus it is “an animate substance, capable, in some individuals, of sending signals or speaking
Ceclia Vicuña -Unravelling Words & the weaving of Water

...and it is not yet enough to have memories. You must be able to forget them when they are many, and you must have the immense patience to wait until they return. For the memories themselves are not important. Only when they have changed into our very blood, into glance and gesture, and are nameless, no longer to be distinguished from ourselves – only then can it happen that in some very rare hour the first word of a poem arises in their midst and goes forth from them.
Rainer Maria Rilke

Recorded by Ross Ahern at Sony Studios April 2017
Except Echoless Shore - Recorded at Strange Weather Studios Brooklyn , New York
Vocals on “Love Is The Blood” recorded by Michael O’Connell and Barney McAll
At ExtraCelestial
Ben Vanderwal drums recorded at the SoundLounge, WA.
All other recording by Barney McAll at ExtraCelestial
Mixed and Mastered by Hiro Sanada, New York
except “Love Is The Blood” mixed by Hiro Sanada with Nick Herrera

This project has been assisted by the Phonographic Performance Company of Australia (PPCA).