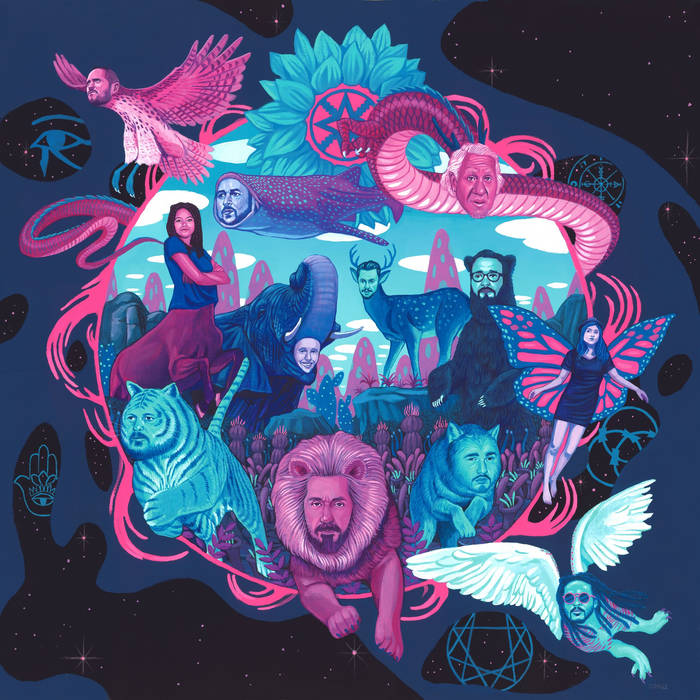 The Nonsemble McAll KILLS this album with the HIATUS KAIYOTE baseline: Simon Mavin [Keys], Paul Bender [Bass] and Perrin Moss [Drums] - an easy call, as Moss and McAll had already worked together playing in Moss’s band. McAll also reached out to tenor saxophonist Julien Wilson, singer Rita Satch LIVING LEGEND Gary Bartz and others before adding his own magic touches of music and lyrics for the new album - invoking the Spiritual-Soul-Jazz of the '70's. Get Into It!

The other Christian McBride


Thank you to every earthling who contributed to this batch of sun rays and warm currents during dark times. Thank you especially to the artists on this album: I am so grateful to have this music made real. Thankyou; Gary Bartz, Billy Harper, Hiatus Kaiyote, Greg Sher,
Allysha Joy, The Merri Creek, Wat Artists, Si Gould, Julie Vecera, Daniel Merriweather, Mike Gurrieri, Gilles Peterson, Mother Tongue Records, Fred Wesley and the JB's crew, Luna Blu, McAll tribe, Melbourne tribe, New York tribe.
Especially thanks to my beautiful family Jendhi, Elias and Julius. In memory of Jack and Yvonne McAll
Spirit Eternal Life

<><><>
<><><>
<><><>
When I was a child, I used to swim for hours in the shallows at Mt Martha beach. Mask, snorkel, flippers amazement. I would chase the baby flathead that would skim the sand and, was fascinated by all the beautiful sea life and the essence of nature. Intermittent warm currents would wash over me and it would feel so comforting and sanguine. This ebb and flow was accepted without question. Can I continue to accept it?


I used to love the early morning after a king tide at Silverleaves when I would chase the thousand soldier crabs that would burrow under the sand to be reclusive within an instant. Does it matter where they went?


As I delve further into music I see that in many ways, I have been trying to recreate those tides, currents and crustaceans with sound. As every wave is unique - I wish to be relieved of the bondage of self.